The Life and Times of Queen Christina of Sweden 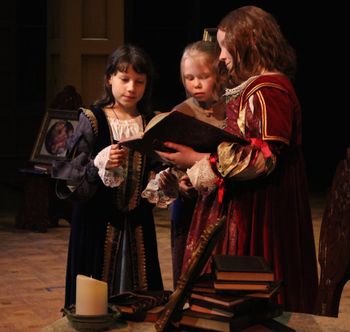 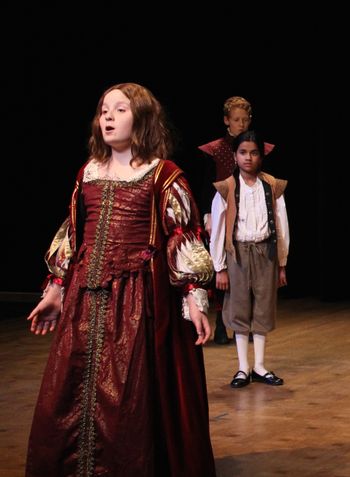 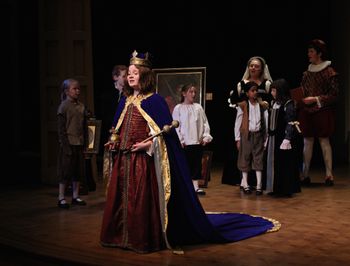 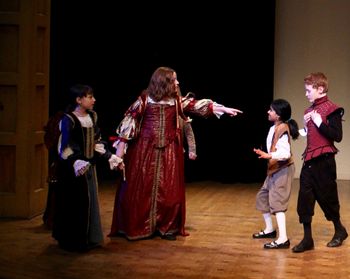 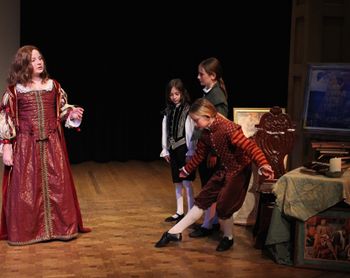 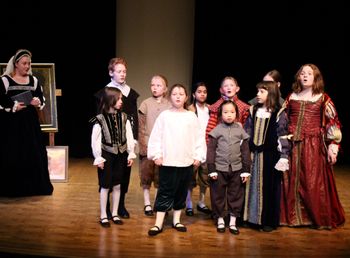 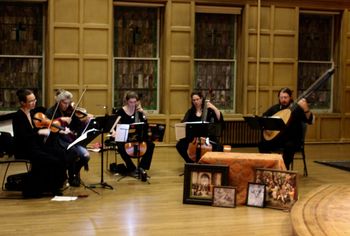 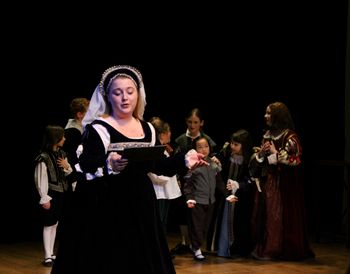 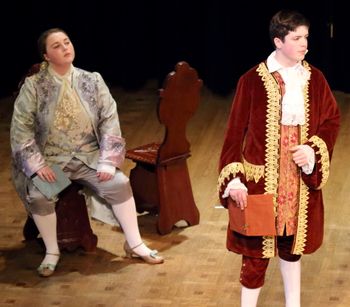 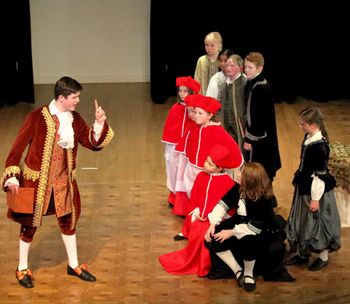 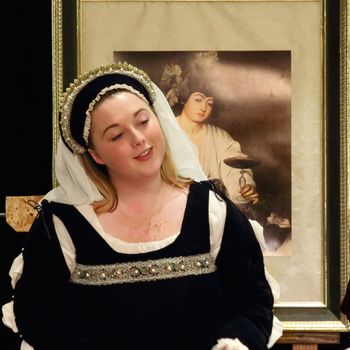 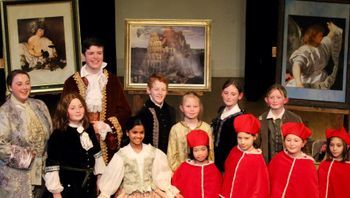 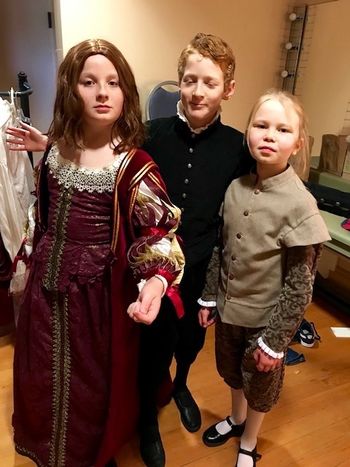 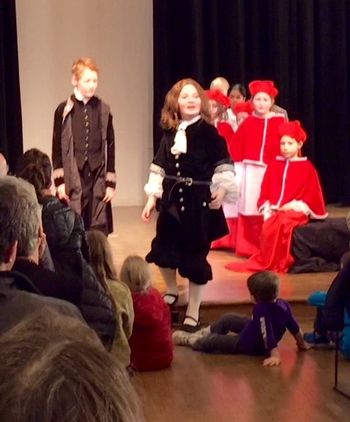 Accompanied by West Coast early music stars Ingrid Matthews (baroque violin), John Lenti (theorbo), and Adaiha MacAdam-Somer (bass viol), a cast of children and teens brought the seventeenth century to life with fencing, dancing, and music of the time. The performance enjoyed a sold-out audience, from toddlers to adults of all ages, at the Good Shepherd Center's beautiful Chapel Theater.

When she became Queen of Sweden in 1632, Christina was only six years old. Growing up, she enjoyed learning fencing with her cousins, studying languages, and inviting operas and orchestras to perform for her at court. She didn't much care for dance lessons, or for directing wars -- and although all rulers were supposed to get married, she wasn't interested in doing that either. What she really wanted was to go to Rome and meet Italy's best composers. Soon all of Europe was talking about this unconventional queen and watching for the latest news of her travels and her exploits with music. They even asked: was Christina a woman or a man?

This performance was co-presented by SHAK and Early Music Seattle in partnership with the Nordic Heritage Museum, and was supported in part by Early Music America.